No doubt, he has pulled it off. From Pulp Fiction (1994), the genre-bending crime fiction; to Inglorious Basterds (2009), the cathartic revenge fantasy, Quentin Tarantino has basked us in a tapestry of chapters filled with violence, humor, trunk shots and characters that never shut up, unless, of course, they hit a bump on the road.

Tarantino is enamored with the novelistic structure for the freedom it offers. It allows him to inhabit a myriad of characters in different stories under one intertwined universe. He can introduce certain characters in one chapter and have them reappear in another. Take Pulp Fiction for instance, amid the story of Butch risking his life to get the sentimental watch back, Vincent appears outta nowhere and gets whacked. As we already know this charming fella, we feel bad over his death; a feeling that wouldn’t have been evoked had the film followed a more conventional structure. Vincent would’ve been just another “bad guy” in the wrong place at the wrong time.

Furthermore, through different chapter arrangements, he can make the film more interesting and engaging dramatically. Reservoir Dogs (1992) diverges from most movies alike for various reasons, among which, is its answers-first-questions-later structure. The film gives you the aftermath of a heist gone awry. You know the fate of the plan, now you wanna know how the events unfold in the past, and how they’re gonna unfold in a couple of hours. A few chapters are dedicated to knowing more about the characters, so when we come back to the warehouse, we have a fresh perspective. The potency of the structure shines in The Hateful Eight (2015) too. In Chapter 4, Tarantino goes back in time, showing how Minni’s Habadashary was besieged and taken over, hence proving Warren’s suspicion. Therefore, in Chapter 5, with the new information gleaned, we’re watching with more scrutiny. Tarantino’s end goal is to nail the storytelling, hence, if needed, he goes with a more linear approach, as most evident in Jackie Brown (1997) and Django Unchained (2012).

“We [in the US] used to be the best storytellers in cinema. You could say this about Europe, that about Japan, but you can’t beat our stories. But a story isn’t having everything laid out for you in the first ten to fifteen minutes. It’s constantly unfolding. One thing I am proud of, even though I monkey around with the structure, I’m not monkeying around with the story itself. I’m a very very very good storyteller.”

You may not like the novelistic structure, you may not be down with the overzealous movie references, but you are never writhed with boredom, as Tarantino knows how to elicit curiosity right off the bat. Some of it has to do with the structure. But, of course, there’s more to it. As he has scraped the bottom of the movie barrel, he knows how movies give themselves away hence become predictable. He knows what’s going on in the subconscious of the viewers and uses that against them or as he poetically puts it “I wanna fuck up the breadcrumb trail.” He uses this vast knowledge of movies and genres as a jumping-off point, sprinkling them with his own seasoning. In a nutshell, although him being a movie aficionado seeps into his works, he knows how to make an unpredictable movie. Half an hour into Inglorious Basterds, you still have no idea how the chapters are going to build up to a climax, or even if there’s one. Pause Pulp Fiction at the hour mark, you are clueless about the significance of the stories to the overall theme, but quirky characters and snappy dialogue glues you to the screen. Hateful Eight sustains its mystery until the very last chapter as it never ossifies unfolding its pieces. In his slasher, Death Proof (2007), he gives you subconscious hints, almost making it certain that Butterfly (Vanessa Ferlito) is gonna survive, then the crash happens and your expectations go down the drain.

Just like Tarantino himself, his characters talk in a rapid-fire motion with verbiage going on and on, but what seems like drivel on the surface proves to be essential later on. The foot massage dialogue in Pulp Fiction, as hilarious and interesting as it is, doesn’t seem to be important at all. In the next chapter, however, when Vincent takes Mia on a date, it acts as a subtext for the whole chapter, since now Vincent knows there’s a blurry line that shouldn’t be crossed.

Tarantino also has this meta-storytelling going on in his movies where characters themselves tell stories. Some of his most memorable include: The fake story by Mr. Orange in Reservoir Dogs, the Sicilian story in True Romance (1993), which he calls it “one of my proudest moments”, the hilarious backstory of the watch in Pulp Fiction, the Superman story in Kill Bill Vol. 2 (2004), and Warren’s side-splitting graphic tale of how he tortured a General’s son in The Hateful Eight.

“I try not to get analytical during the writing process. I try to keep the flow from my brain to my hand and go with the moment and go with my guts. To me, truth is the big thing. Constantly you’re writing something and you get to a place where your characters could go this way or that, and I just can’t lie. That’s something I don’t see in a lot of Hollywood movies. I see characters lying all the time. They can’t do this because it would affect the movie this way, or this demographic might not like it. To me a character can’t do anything good or bad, they can only do something that’s true or not.”

Tarantino himself didn’t know who poisoned the coffee in The Hateful Eight as the characters were driving the story forward. It’s not like he has figured out the story already and now writes backward to force the characters to go certain ways, hence meeting the story beats he has in mind. I do believe this is integral to his success in storytelling since a good story tends to stem from the characters’ decisions; not the other way around.

“The worst thing about movies is, no matter how far you can go when it comes to violence, you are wearing a pair of handcuffs that novelists, say, don’t wear. To me, violence is a totally aesthetic subject. Saying you don’t like
violence in movies is like saying you don’t like dance sequences in movies.”

Among the staggering accolades, Tarantino is venerated as one of the most influential directors in independent filmmaking. His fascination with violence, however, has met with ferocious backlash throughout his career. I find the backlash lacking scrutiny for three reasons. First, Tarantino flavors violence with humor, serving as a mechanism to relieve tension and pulling off contradictory emotions.  Take Kill Bill Vol. 1 (2003), for instance. The council scene is pretty funny, where O’Ren “resolves” the conflict by beheading the guy, followed by blood splashing in straight lines. Or in the final showdown, after the intense altercation between the Bride and O’Ren, the Bride cuts the top of her skull off and it floats on the air in slow motion. Second, violence contributes to his aesthetics. Red is one of the primary colors Tarantino employs in his color palate. When the scenes become bloody, Red proliferates the screen, like when Django slaughters the racists at the farm or the bloodbath in the bar scene of Inglorious Basterds. So think of it as Red; not blood. Third, he straddles the line between fiction and reality. Except for Jackie Brown, which has a more realistic tone and style, Tarantino’s filmography is a combination of fiction and reality, with the focus being on the former. Violence is part of our world, and Tarantino wants to show how it is, adding to the realistic aspect of his movies, or the way he puts it: “If in real life, he’s bleeding like a stuck pig, I want him to bleed like a stuck pig.”

A Well-Versed Director Tinged with Idiosyncrasy

“I like incorporating many different styles of shooting in the course of
making a movie. I never shoot in one specific cinematic language. I like using as many as are appropriate”

Starting with his debut, Tarantino has proven his virtuosity as a director. He knows how to stretch a scene to mount tension; when and how to cut to imply a certain meaning; keep momentum in action scenes without losing clarity; shoot a long dialogue scene without losing the audience; block a scene to convey information, like a good portion of The Hateful Eight, and how to employ music in service of storytelling. In particular, he’s a fan of long takes; like the traveling shot of Vincent in the restaurant as he looks around the place, 360-degrees camera move; like the opening scene of Reservoir Dogs, trunk shots, mirror/reflection shots, close-ups of objects, crash zooms, forced perspectives, slow-motion shots, and rack focus. Tarantino loves eye-popping primary colors as most evident in Kill Bill, Jackie Brown, Inglorious Basterds, and Django Unchained. For sound design, as expected, he likes over-the-top effects to amplify emotions, which is most apparent in the action scenes of Kill Bill. And finally,  I will delve deep into his direction in the next piece as I describe my top 10 favorite scenes.

I saw Quentin direct and it was the most exciting, exhilarating thing I’ve ever seen. I’m very lucky to have worked with some monumental directors, I mean George Stevens, John Ford, Hitchcock. What I noticed about Quentin immediately was that I had never met such a passionate young director – Rod Taylor

Having watched and read countless interviews from numerous directors, I can attest to that quote. Watching Tarantino going on and on about movies with such verve and tenacity makes me think of him more as a movie buff than a director; more as someone I can converse with about movies; rather than a celebrity. Allured by the cinema to such a degree, it’s not surprising that he ended up making his own movies, contributing to the bloom of independent film-making.

Both in writing and directing, his heightened emotions permeate through his filmography. In every scene, his end goal is not to convey a moral message, but rather, to intensify the emotions. If a slow-motion would make a scene funnier, he’d go for it (Diabolical Bitch in the Hateful 8); if a flashback would make a scene more epic and meaningful, he’d go for it (Pai Mei flashback in Kill Bill Vol.2); if a certain song would amplify the already aroused feeling; he’d go for it (the entirety of Django Unchained). Of course, he would’ve faced less vitriol and achieved more accolades had he restrained his high emotionality, but that wouldn’t be Tarantino. Tarantino’s temperament and passion for cinema pour into his works, making them quirky, engaging and above all, a roller coaster of emotions.

If you truly love cinema, with all your heart, and with enough passion, you can’t help but make a good movie. 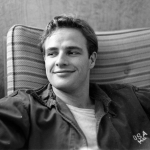