Upgrade is the latest film from screenwriter-turned-director Leigh Whannell, the man behind the Saw and Insidious franchises. This new film represents a differentiation point in Whannell’s career, being more of a sci-fi action film than straight-up horror. For the most part, it succeeds as a fun, exhilarating ride, but really not much else.

Upgrade stars Logan Marshall-Green as Grey Trace, an analog man living in an increasingly digital, cyberpunk world. He lives with his wife, Asha (Melanie Vallejo), staying home all day to fix up old muscle cars for the wealthy. After a strange assault finds Asha murdered and himself a paraplegic, he’s accosted by a frequent client, Eron (Harrison Gilbertson), a young genius and head of a massive computing corporation. With Grey’s consent, Eron secretly implants Grey with a chip called the STEM which allows him to regain control of his body. The only catch is this is a highly experimental and untested piece of equipment, so Grey still has to pretend to be paralyzed until Eron feels it’s time to go public about it. Unbeknownst to Eron, however, STEM begins to speak to Grey and sets him off on a path of revenge.

More than anything else, Upgrade invites comparisons to the counter-programmed B-films of ages past: your Lifeforces (1985) and your Scanners (1981) and your Death Wish IIs (1982). One of the most wonderful things about Upgrade is its genuine admiration for these kinds of films. In the hands of a lesser director, it would end up an ironic mess like Kung Fury (2015) or any of the other countless 80s revival pieces that are all the rage now. Whannell embraces the inherent cheese factor but thankfully never crosses the line into complete parody.

That being said, Upgrade is surprisingly quite funny at points. It’s at its best in these darkly comedic modes, as Grey and STEM deadpan-ly banter back and forth on their murder investigations, kind of like a buddy cop duo. That’s not to say that Upgrade is a hilarious, knee-slapping, goofy time, though. It strikes a delicate balance between this comedy and the more brutal aspects of the film, of which there are many.

The fight scenes, while perhaps kind of silly from a distance, are totally nasty in the context of the film. Most of them are one-on-one fist and knife fights, giving them an appropriate intimacy. The fights are well choreographed but have a realistic edge to them so they don’t end up looking like the Star Wars prequels. The sound design is excellent, every punch and slash and gunfire hits hard. One of the best parts, though, is the cinematography, the camera tilting wildly with every movement of Grey and his opponents, giving an intimate viewing perspective without sacrificing visibility. The camera tilts also somehow remind the viewer that Grey isn’t fully in control of his body, instead of being controlled by the Terminator-esque STEM.

Marshall-Green is excellent, playing Grey perfectly as a fish-out-of-water with an edge. Something really cool about his performance is the small commitments he makes to his body movements, stiffly moving his arms, legs, and torso as if he’s really being augmented by a machine. Simon Maiden plays the voice of STEM and does a good job, nailing the emotionless, computerized voice exactly how you would expect him to. It’s basically a good HAL impression. The other actors aren’t particularly amazing, but they get the job done. Gilbertson is perhaps the film’s weakest link, stilted and campy in a role that doesn’t exactly call for that kind of performance.

Something incredibly impressive about Upgrade is how much it was able to squeeze out of its meager four million dollar budget. Its intricately detailed sets and production design barely show its monetary constraints. One particularly impressive area is a run-down apartment complex that shows up at about the center of the film. Graffiti, dirt, and rust line the walls of the hallways and stairs while glowsticks litter the floor, giving a nice visual pop to the set. I wouldn’t go so far as to say the production design suggested a living, breathing world outside the confines of the film, but what they managed did a great job solidifying its believability.  The only lacking area is in the futuristic self-driving cars, which look like they were designed after a 5-year-old’s drawing. They’re interesting conceptually but look way too blocky and sanitary for the aesthetic of the film’s exteriors.

One area that was not skimped on, however, was the special effects, especially the gore. Everything is wonderfully gooey and over-the-top, which is extremely important for a film like this. Before you ask: yes, there is a head explosion. Yes, it looks excellent. Other effects include a dead body’s torso open on the autopsy table and a knife going through the mouth, cutting both cheeks. Another cool makeup effect is the antagonists’ weapons: guns they’ve somehow had implanted into their arms. Digital effects are sparsely used but look pretty alright when they are. There’s a helicopter shot of the CGI cityscape that looks quite nice, but it honestly wasn’t that necessary. There are also CG police patrol drones that look decent, but I’m glad they’re barely in the film. The digital effects are at their best when they’re used with more subtlety, such as providing a cool looking x-ray of Grey during surgery and nice glass computer screens.

Along similar lines, the cinematography provides a really good look at the world of the film, particularly through lighting. The style is reminiscent of recent films such as Only God Forgives (2013) and Ex Machina (2014), going for that ultra-stylized, colorful look. Thankfully, when the film quiets down, so does the intensity of coloring, giving those more character-driven scenes a better grounding in reality before cranking everything back up again for the next action scene. It’s a really nice touch.

Unfortunately, Upgrade has a big problem: its writing. Everything is paced really well, there’s never really any lag in the plot, but that’s about where the praise ends. The twist ending (which I will not spoil) is a bit contrived. Although it makes sense thematically in the context of the film, there are big inconsistencies that the film does a bad job explaining in its final moments. In addition, a lot of the dialogue in more serious scenes is not very good, leading to more unintentional laughter than anything else.

But the biggest problem with the screenplay is its originality, or the lack thereof. Upgrade doesn’t have an original bone in its body, borrowing concepts liberally from films like Blade Runner (1982), The Terminator (1984), RoboCop (1987), and The Crow (1994), among many, many others. While there are a few cool new ideas in Upgrade, most of it felt like a hodgepodge of films I’ve seen many times before without much formal deviation. While it does function as homage rather than a straight ripoff, I really would have appreciated more freshness in its themes and narrative.

Above all, Upgrade is the kind of film you don’t see much anymore. It’s wholly and sincerely committed to itself and while it may wear its influences too large on its sleeve, it’s quite enjoyable. It may not be one of the best films you’ll see this summer, but it’s well worth every minute. 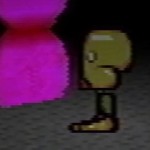